Michael & Erica Jarrett (and daughter Zenie) are the founders of Trinity on the Border. They arrived to South Texas in August 2015.

Michael is our Senior Director. He has worked extensively on the Mexican side of the border in Piedras Negras, Coahuila from 2003-2009. He was ordained as a presbyter (priest/elder/minister) in the Anglican Communion in February 2011. In addition to serving as construction manager, spiritual director, and music leader in the mission field, Michael has also worked as a singer-songwriter, a church planter, a tele-communications engineer, a land and wildlife management consultant, and a volunteer emergency room chaplain. He is also the creator and voice of the Audio Daily Office podcasts at thetrinitymission.org.

Erica is our Director of Community Health and Education. She has also done extensive work among vulnerable people groups in Guatemala, India, Mexico, and Toledo, OH during the course of her Master of Public Health studies. Additionally, while she was in medical school, she and Michael started a program that trained ladies in Mexico to be diabetes health educators in the their own communities. 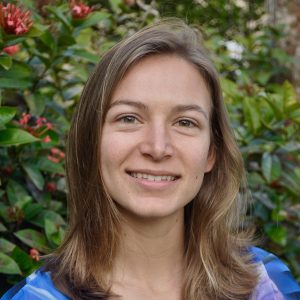 Sara Neuder joined our team in the summer of 2018 to take over the job of Director of The Trinity School. Originally from Colorado Springs, CO, Sara has worked as a tutor with the Bridge Project serving the youth in Denver’s public housing and has helped coordinate educational programs at the Denver Rescue Mission’s women’s shelter.

After college, Sara moved to the Rio Grande Valley as a Teach For America corps member where she spent three years in Mission, TX, teaching biology, chemistry and AP environmental science. In 2017, she served as environmental education fellow at the Catamount Center in Colorado, and has spent the last two summers as an advisor to new teachers at Teach For America’s summer institute in Houston. 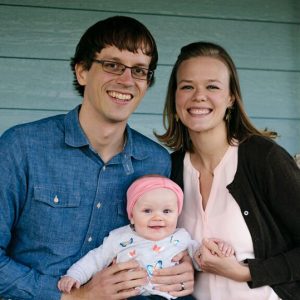 Daniel and Rebekah Behrens (and daughter Sabal) joined our team in the Fall of 2018. Daniel was the first missionary curate with Trinity on the Border. This involved a variety of activities, including: teaching ESL at the immigrant shelter, asylee advocacy, leading school chapel, and assisting with other chapel services (healing service at the free clinic, the Daily Offices, and Sunday Eucharist).

As a Missionary Priest, Daniel continues to do all the works mentioned above and is now also the co-ordinator of our ministry to the people living in the tent city in Matamoros, Mexico.

Daniel and Rebekah, are longtime Pittsburghers (as in, Pennsylvania). They were married in January 2013 and welcomed their first child, Sabal May, in May 2017. After graduating from Trinity School for Ministry in Ambridge, PA, Daniel served for two years as Curate at St. Peter’s Anglican Cathedral in Tallahassee, FL. Daniel was ordained a priest in June of 2019.

Elijah Luikham will be joining Trinity on the Border as the Missionary Curate in the summer of 2020. Through working with local ministries and studying the Bible while in college, Elijah began to feel called into a vocation of Christian ministry. After graduating he enrolled as a student at Duke Divinity School, completing his degree in Spring 2020.

Throughout his time in college he worked for a variety of youth and campus ministries, serving as a middle school life group leader at a local church, working as the Spiritual Life Assistant at his college, and helping to coordinate the Anglican campus ministry. In Divinity School he has been placed in a variety of churches as ministry intern, worked for the non-profit Durham Congregations in Action, and served as a youth discipleship intern at his local church.

Elijah is currently in the ordination process in the Diocese of the Carolinas in the Anglican Church in North America. After prayerful consideration and hearing about the work Trinity is doing, Elijah felt the Lord was calling him to south Texas during this next chapter of his life. He is excited to see how God will work during his time at the Mission!

We have many great volunteers. Below are some that have committed to helping us regularly in certain administrative and/or service capacities.

Henry Baldwin retired to the Rio Grande Valley in September 2019 after serving 5 years as the Dean for Archbishop Foley Beach’s cathedral.. He has also served many years as a missionary seminary professor in Singapore and the Netherlands.

As priest, professor, administrator, carpenter, and wood worker, Henry comes with a full tool belt of skills and experiences which he offers to the mission.

Pam Jackie Jennings have been volunteering with us since the summer of 2016 when they retired to the Rio Grande Valley from San Angelo, TX. They help with our healing prayer services at both the free clinic and in Matamoros.

Peter Lazzopina has been seeing patients since 2018 at our free clinic that we do in partnership with Culture of Life Ministries. He is the Ro Grande Valley’s first Direct Primary Care doctor (https://www.frontierdirectcare.com/).

Carol Rado runs our weekly free clinic that we do in partnership with Culture of Life Ministries. She’s the only one who knows where everything is.

Gloria Bishop volunteers both in our weekly free clinic as well as serving as a Doula for women at the immigrant shelter.