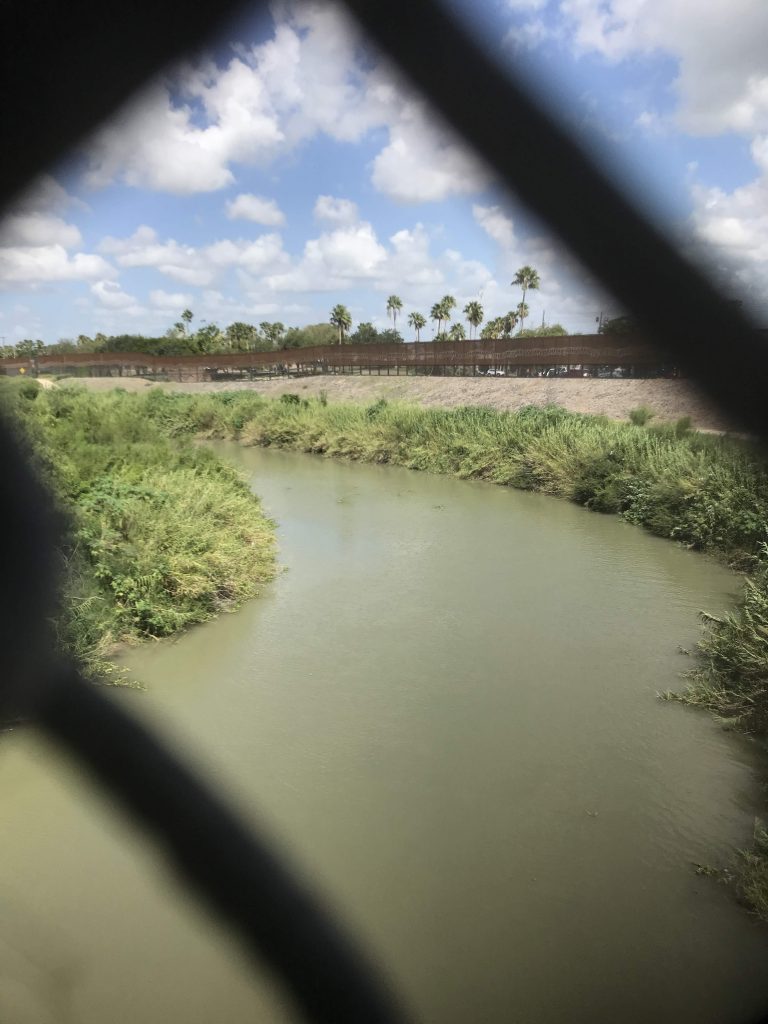 What’s Really Happening at the Border?

We receive this question a lot from supporters and friends. “What is REALLY going on down there?” The news is full of stories about the border, social media is host to countless debates, and it seems like everyone is trying to find the facts.

Our team has the privilege of living and working in one of the places of controversy: the Lower Rio Grande Valley. We also have the privilege of knowing people who are directly involved in the situation—both immigrants and people who work with them every day. We do not claim to be experts on immigration policy, and we may actually be less aware than you of what is happening in the national news. But we have met some people, and we would like to share with you some of what we are learning.

While many migrants are from Honduras, El Salvador, and Guatemala, we regularly work with immigrants from Eritrea, the Congo, Cameroon, Russia, Sri Lanka, China, Cuba, Mexico, and elsewhere. Many have received little formal schooling while others are university graduates–we have worked with a human rights lawyer, a criminal investigator, a pastor, and an accountant at our partner immigrant shelter.

The journey to the United States is not easy. Immigrants from Africa and Asia face an incredibly long journey-sometimes flying through South Africa to Brazil, and then travelling by land and sea through all of Central America. We are told that many areas are controlled by gangs who force people to pay to travel through.

We hear stories of people risking their lives in the Darien Gap, a stretch of undeveloped rainforest separating Colombia and Panama with no roads passing through. One family from the Congo received the tragic news while staying at the shelter that members of their family drowned when a boat capsized  attempting to traverse the Darien Gap. Here is a well-made news feature from 2017 which shows some of the dangers of the crossing.

When people reach the U.S. border they have two pathways.

The legal pathway is waiting at a Port of Entry, like the bridges in Brownsville and near McAllen, to claim asylum. Most of the people we meet have asked for asylum, which requires that they are facing a credible threat of persecution (on the basis of race, ethnicity, gender, religion, sexual orientation) from which their home country cannot or will not protect them.

There can be a wait of several months to have one’s asylum case heard. People with money can pay for a hotel or a place to stay in Mexico near a bridge while they wait for their turn. Those without money can stay at a free shelter, some of which are far from a bridge, or they can camp out on the sidewalk, where the Mexican government has made some space for people to stay.

People at the Brownsville/Matamoros bridges are receiving regular help from people on both sides of the border, including groups who bring hot food, water, snacks, toiletries, and supplies based on what the current population needs. 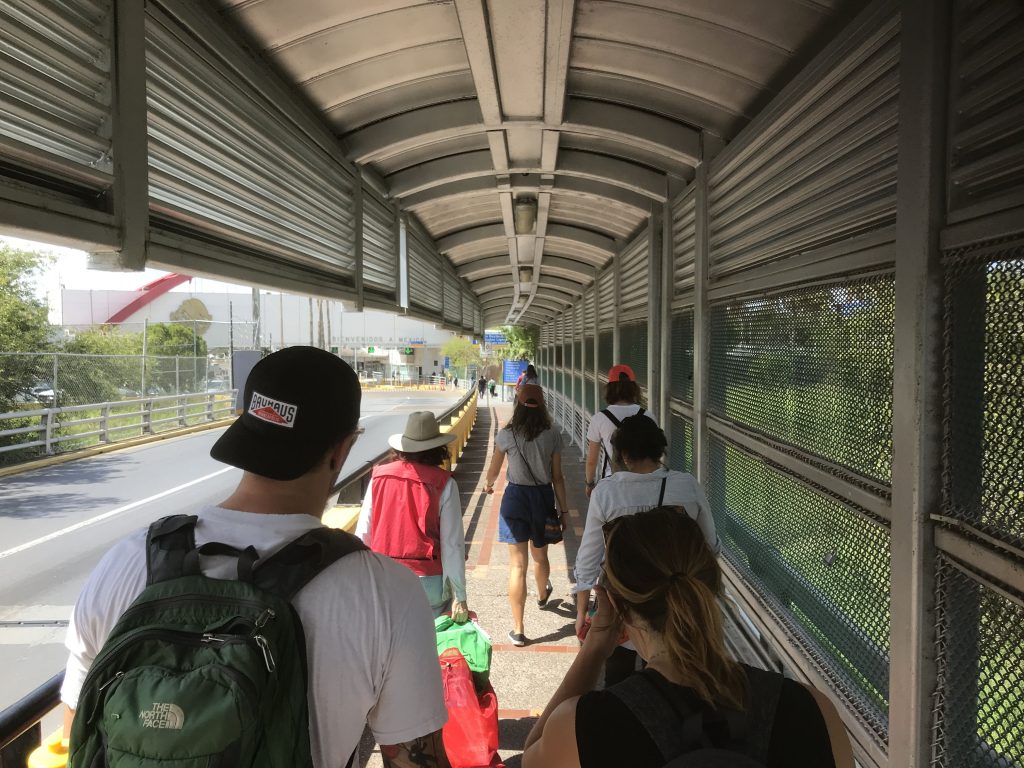 As of August 2019, more asylum seekers are being returned to Mexico to await their court dates. Some of these people have to continue to fight to keep their temporary visas from Mexico even as they wait to have their asylum cases heard in the United States. We have heard that there is a great need for legal help for those waiting in Mexico, and immigration lawyers are reluctant to cross the border into the potentially dangerous cities of Matamoros and Reynosa. (This article from from one of our local newspapers discusses this situation.)

Those who do not or cannot wait at a port of entry attempt to enter the United States illegally by crossing the Rio Grande, sometimes even using an improvised flotation device like an air mattress or garbage bag. We have heard that cartels control the Mexican side of the river, and almost no one is able to attempt the crossing without paying the “Coyotes.” 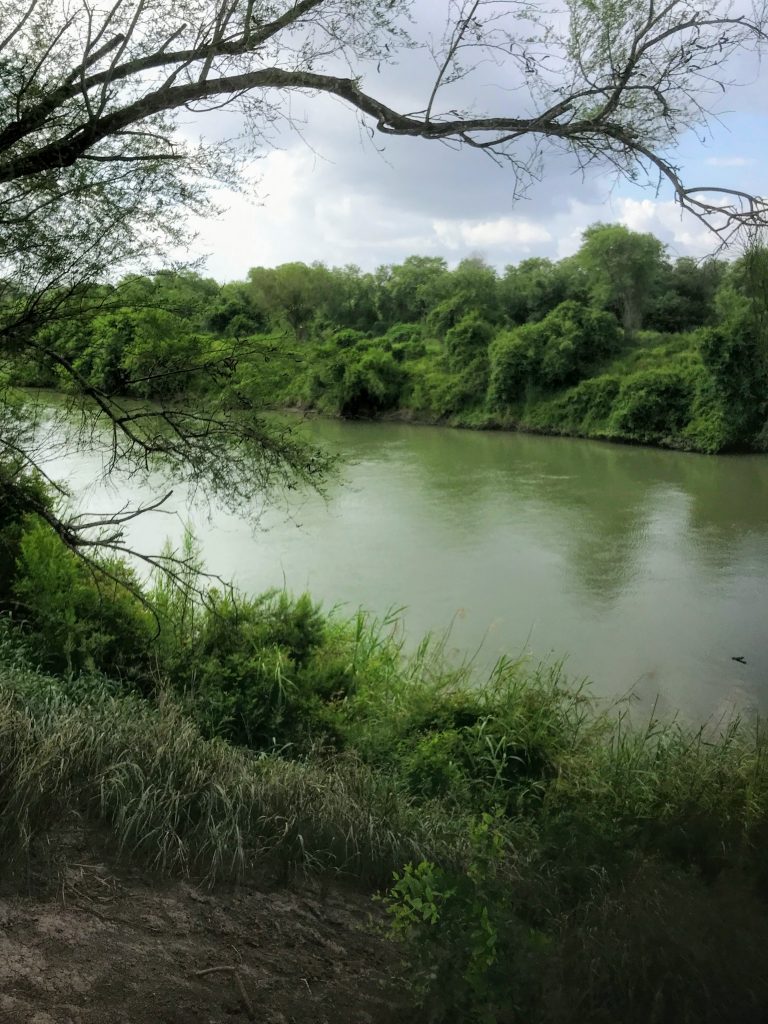 On the U.S. side, we have heard that the Border Patrol used to have to chase people to apprehend them, but now groups of asylum seekers which include whole families and unaccompanied children are chasing the Border Patrol agents to turn themselves in.

Once people are apprehended by Border Patrol, they are taken to a processing center. A few of the processing centers in the Rio Grande Valley recently appeared in the national news. We hear that people are minimally processed, given some kind of medical examination and given a date to present themselves to immigration. Some people are held in a longer-term detention facility, but if the detention facilities are filled they may be released with an ankle bracelet locator device.

After being processed by immigration or being released from detention, many people are dropped off at the Humanitarian Respite Center in McAllen where Catholic Charities helps them to connect with family or friends in the U.S. who can pay for a bus or airplane ticket. While their travel plans are being made, families receive hot meals, new clothes and showers. Churches around the country have been helping us by sending hygiene kits that we can then deliver to the Respite Center to be given to families there. The Respite Center welcomes an unceasing influx of as many as 800 people a day as bus after bus arrives from immigration. 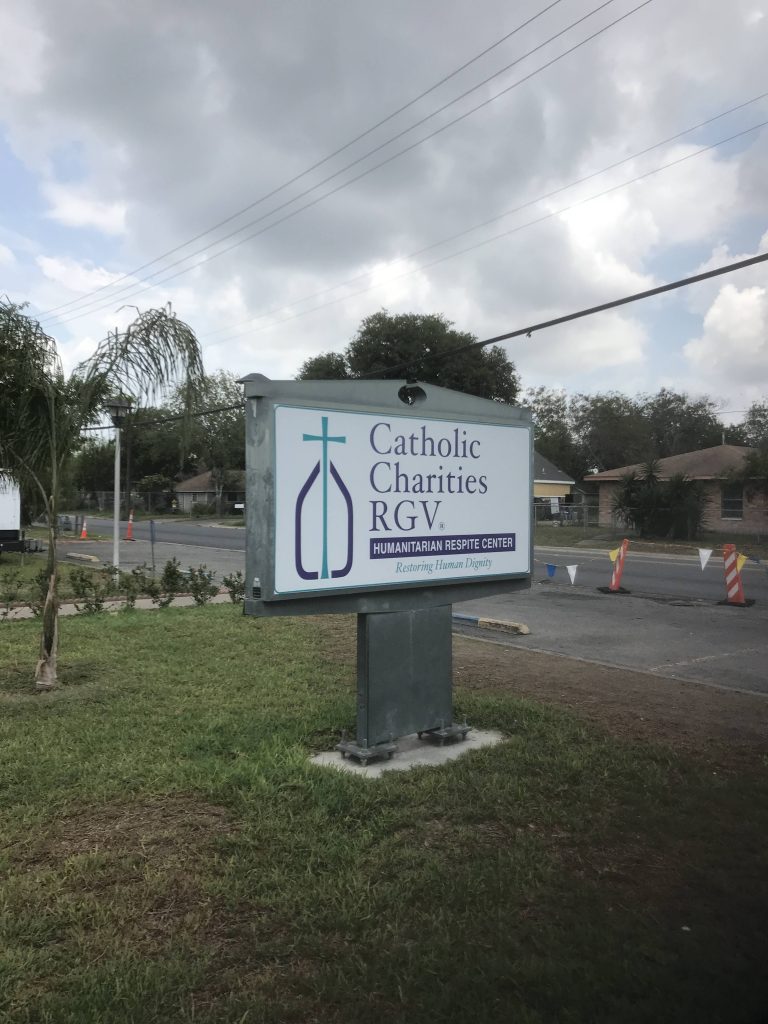 Some migrants come to La Posada Providencia, a shelter our team is deeply involved with. Some of the immigrant clients travel for days by bus from places as far away as Florida, California, and Massachusetts to reach La Posada. Others come from nearby ports of entry and detention facilities. Some clients stay for only a few hours before they get on a bus to join family or friends throughout the U.S. Others remain for months or even more than a year, looking for a sponsor and/or waiting for a decision in their immigration court proceedings. There is an enormous backlog of immigration cases which leaves many families in limbo. 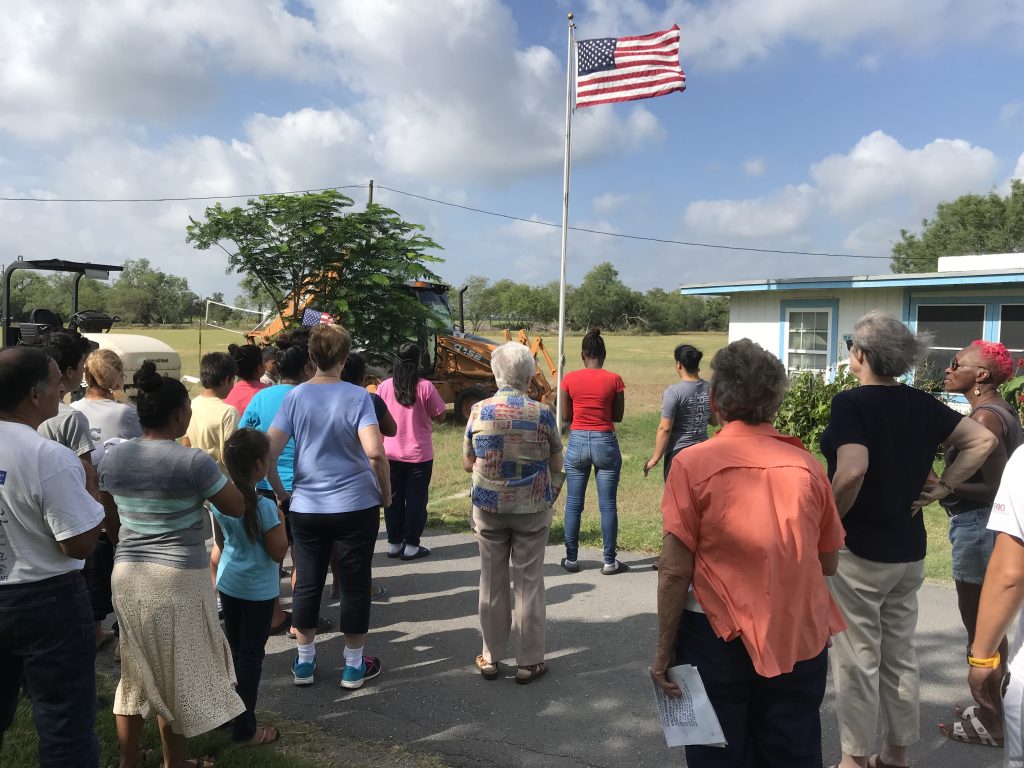 We know less about what happens to people once they board a bus or plane to their next destination. They typically have been given notice by Customs and Border Patrol to present themselves to immigration at a later date. This is called a Notice to Appear, but you may have heard it sarcastically called a “Notice to Disappear.” Truth is there is substantial evidence that the majority of asylum seekers do attend their court hearings.

When a migrant is marked as “in absentia” there are many potential reasons, some of which have to do with clerical errors in the United States’s database. Sometimes the place where the migrant needs to go is hard to find or is many hours from their hosts. Sometimes no address or an incorrect address is provided. Sometimes they never receive an actual date or time.  Sometimes the immigration stations have irregular hours and sometimes the staff turn people away. But once someone misses a date to appear, whatever the reason, their status becomes questionable and their legal status becomes ambiguous.

So What’s Really Happening at the Border?

The reality is complex, and our main encouragement is to be compassionate, both toward immigrants and government agents. Be suspicious of simplistic, single-reason explanations for the current immigration reality. There are good people and bad people, greedy people and kind people at every stage in the immigration process. Or perhaps more accurately, there are people with a capacity for incredible good and incredible evil, many of whom are under a great deal of stress, at every stage in the immigration process. That includes immigrants and Border Patrol.

The more time we spend on the border the harder it is to separate “good guys” and “bad guys” and the more we find ourselves in prayer. Would you join us in prayer?